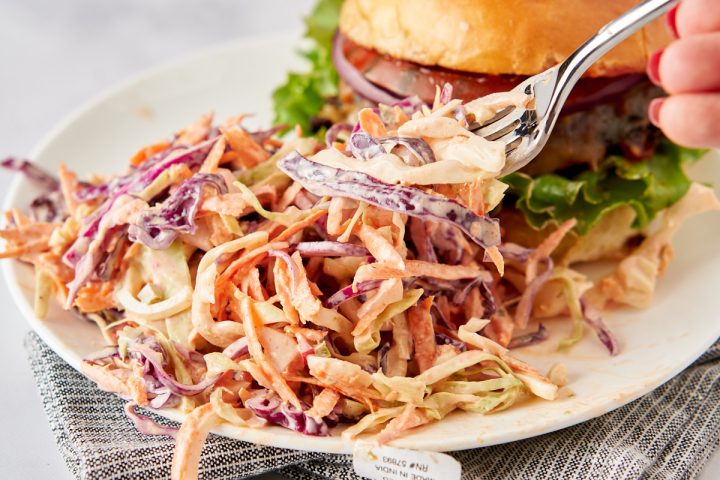 I feel like everything I write about here is kind of a project – I guess I like complications. Which is all fine and well, until it stops me from sharing the simple recipes I make all the time.

It’s one of the first recipes I remember deliberately setting out to create just for myself. I was making fish tacos for my family at the lakehouse, and I knew I wanted to top them with slaw – but there was a tiny problem.

The problem with coleslaw

Humans have been making cabbage-based salads since at least the time of Ancient Rome (and probably earlier – we have a recipe for a cabbage salad dressed with honey vinegar and spices recorded by Mnesitheus, an Athenian medical writer, sometime during the 4th century BC). And Irma S. Rombauer records at least six different recipes for slaw in The Joy of Cooking – and the only common thread between them is the inclusion of raw cabbage.