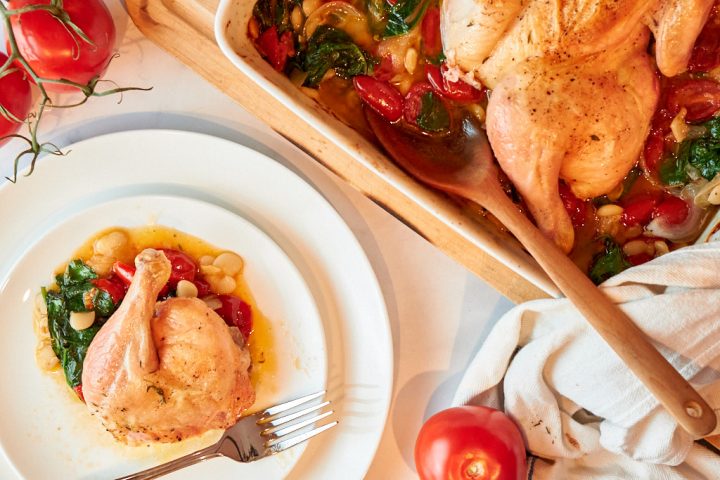 I’m ashamed to admit that I’ve been holding onto this spatchcocked chicken recipe for like three months, which is ridiculous since it’s basically the only way I’ve cooked chicken since I came up with the recipe.

It’s everything I want in a weeknight dinner – quick to prepare, quick to cook, quick to clean up – with lots of easily remixable leftovers. That said, like most fast, easy meals, it relies pretty heavily on technique to come out well.

I learned about spatchcocking (also known as butterflying – but really, who’s going to call it that when spatchcock is an option) right around the time I turned 13. We’d just moved into the new house, and Dad was gearing up to cook the Thanksgiving turkey for the first time in the new oven.

He discovered pretty quickly that the original 1950-sized oven would not accept a 2005-sized turkey.